What is antimicrobial resistance?

When microorganisms such as bacteria, viruses and fungi are able to resist the effects of medicines designed to destroy or inactivate them, they are considered 'antimicrobial resistant'. The mechanisms for this varies between microorganisms but one of the key factors influencing selection for these microorganism is our use of antimicrobial agents. 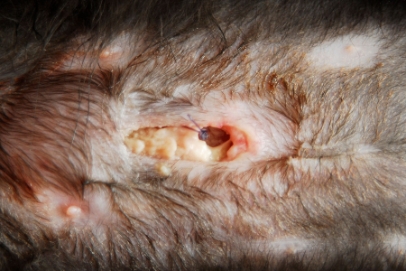 What does AMR mean for veterinary practice?

In veterinary practice today we are seeing an increase in resistant surgical site infections and simple urinary tract infections that cannot be treated with standard antimicrobial choices.

Reducing our use of antibiotics when they are not needed can help to ensure that these life savings medicines remain effective when we really do need them. 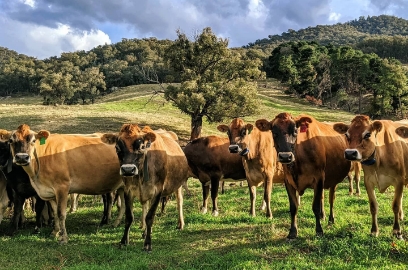 
There is increasing focus on the risk of animals and their products as a source of resistant bacteria entering the food chain, particularly in relation to common foodborne pathogens like Escherichia coli, Salmonella spp., Enterococcus spp., and Campylobacter spp.

Both the Australian and New Zealand government currently assesses the risk of AMR transmission to humans from domestic food-producing animals to be low. This is due to factors such as:

Based on data from 2010-2012, a 2015 review on AMR by the British government ranked New Zealand as the third lowest user of antimicrobials in food producing animals, behind Norway and Iceland, compared with 26 European nations and the United States (New Zealand – approximately 9.4mg active/ kg biomass). Australia’s 2009/2010 use ranked fifth lowest in this review, reporting levels similar to Sweden at that time (approximately 20mg active/kg biomass).

In line with a directive from the World Health Organisation, the OIE, and the FAO, both Australia and New Zealand have created National Action Plans to address AMR which include optimising antimicrobial use in food-producing animals. Government and industry have been working together to implement these plans through initiatives such as the development of industry specific stewardship programs and antimicrobial prescribing guidelines.

Veterinarians in Australia and New Zealand have an important role to play in supporting clients to adapt their practices and production systems in order to support their country’s commitment to optimise antimicrobial use in food-animal production.

European Medicine Authority report on AMU in the EU, 2018 report. 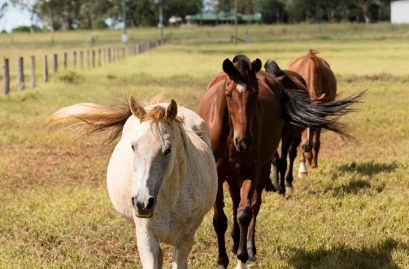 
Rhodococcus equi most commonly causes pyogranulomatous pneumonia in foals, colloquially known as ‘Rattles’. As a soil saprophyte, R. equi can survive and persist on a property for a prolonged period of time, causing disease in foals in subsequent breeding seasons. The disease has traditionally been treated with combination therapy of rifampicin and a macrolide antibiotic, but recent trends show an increase in resistance to these agents.

To reduce the incidence of disease, some endemic properties practice blanket treatment of all foals. However, there is evidence that blanket treatment contributes to resistance, making the disease more and more difficult to manage over time. Most foals with clinical signs of rattles do require antimicrobial therapy, but subclinical and self-limiting cases also occur which do not require treatment.

On endemic properties, the use of targeted rather than blanket treatment combined with management practices to minimise exposure in foals is recommended best practice. Periodic monitoring of foals and the use of ultrasonographic scoring can identify those foals that do require treatment, reducing the overall use of antimicrobials and thus the selection pressure for resistance.

For further information see this controlled, randomized and double blinded field study conducted on a Warmblood stud in Germany which was affected by endemic seasonal pneumonia due to R. equi, Venner et al (2013). 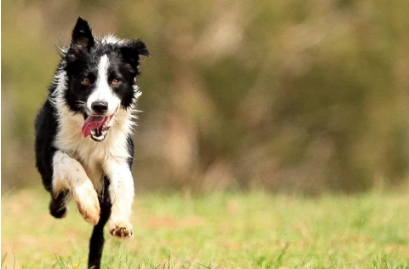 Like its relative, methicillin-resistant Staphylococcus aureus (MRSA), MRSP is a coagulase-positive staph that is resistant to all ß-lactam antibiotics. However, MRSP is not the same as MRSA. Despite posing difficulties to veterinary practice, MRSP is infrequently a cause of disease in humans.

As a great opportunistic pathogen of dogs, MRSP is commonly associated with cystitis, skin disease, and surgical site infections (especially in cases where there is an indwelling implant).

Routine skin carriage of this organism is increasing in dogs throughout Australia. The extremely drug-resistant nature of MRSP poses a genuine threat to our ability to engage in routine procedures.

By invoking antimicrobial stewardship principles we can reduce the selection pressure driving the emergence and spread of MRSP.

Find out what the following organisations have to say about AMR: