Moulds, Arsenic, Soil and Sewage - a brief history of antimicrobials 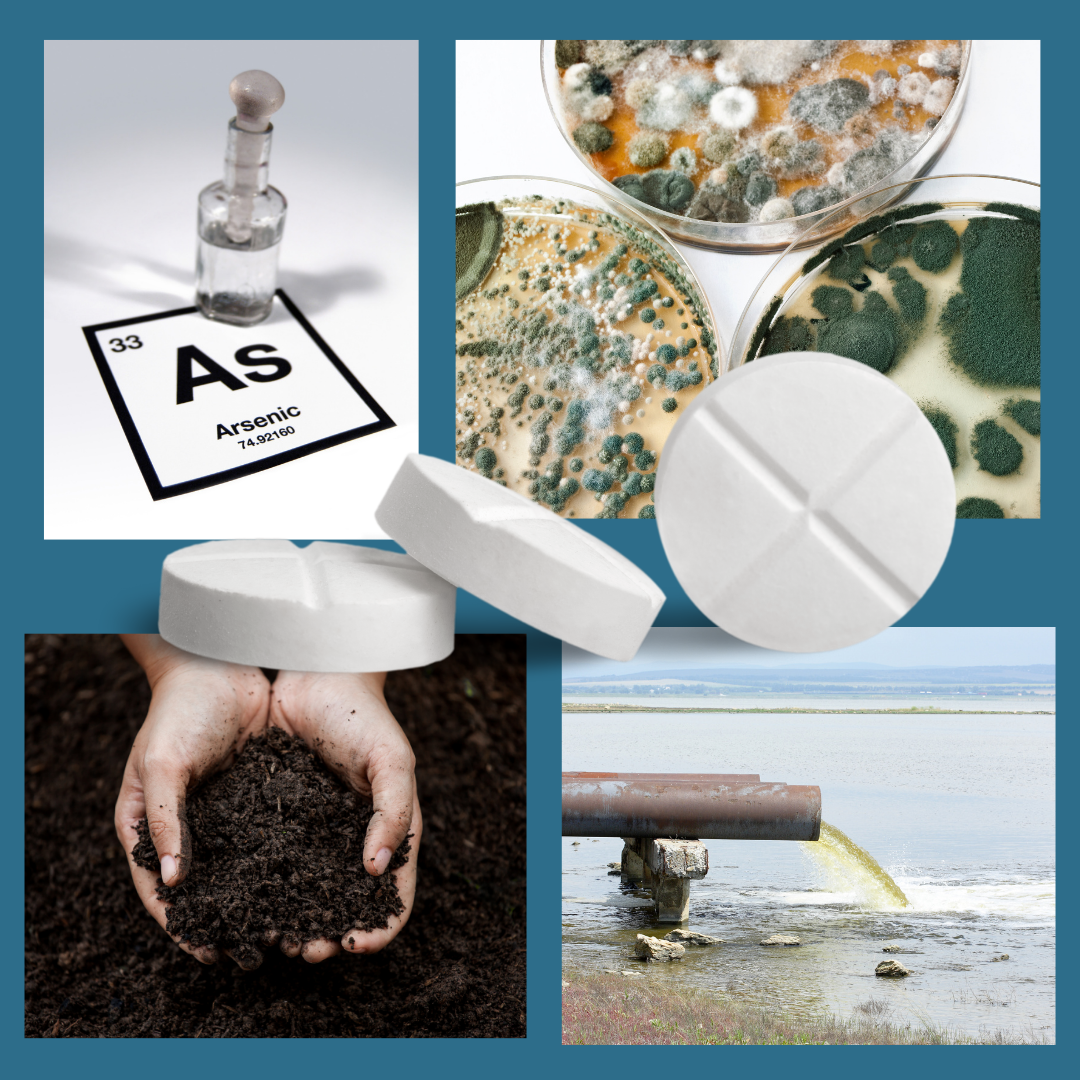 Antimicrobials have a fascinating history and being aware of it helps to remind us just how lucky we are to have these amazing products in our therapeutic arsenal.

The famous story of a petri dish contaminated with a fungus leading to Alexander Fleming’s discovery of penicillin in 1928 is seen as a seminal event in the history of antibiotics. However, awareness of the activity of moulds in the presence of infection actually pre-dates this finding. Poultices of mouldy bread were applied to infected wounds by healers in ancient China, Greece, and Egypt. Moulds continued to be used by both folk-healers and medical practitioners extending into the early 20th Century. 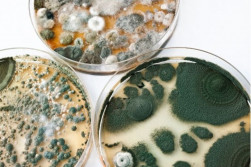 The presence of antibiosis, an antagonistic association between two organisms (especially microorganisms), in which one is adversely affected, had been observed by researchers before Fleming’s discovery, with Louis Pasteur hypothesising that materials secreted by some microbes were able to kill other bacteria. In the 1890s, pyocyanase, the blue pigment produced by Pseudomonas aeruginosa, was isolated. It showed antimicrobial activity against Gram-positive bacteria such as staphylococci and streptococci and was used in the treatment of diphtheria (Corynebacterium diphtheriae), cholera (Vibrio cholera) and other infections. However, due to problems with toxicity and variable efficacy, its use was discontinued.

The first synthetic anti-infective medication, the arsenic-based drug salvarsan, was developed in the early 1900s by Paul Ehrlich for treatment of Treponema pallidum, the causative agent of syphilis. Sulphonamides, synthetic drugs, the original member being the azo dye Prontosil, a prodrug of sulfanilamide, were the first effective, broad-spectrum antimicrobials used clinically, initially developed by researchers from Bayer and coming into use in the early 1930s. They likely saved many hundreds of thousands of lives (including the son of US President Roosevelt and that of Winston Churchill) before the onset of widespread resistance significantly curtailed their use. 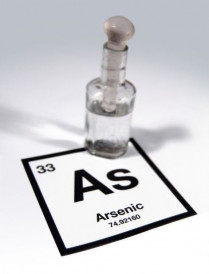 Purification of penicillin by Normal Heatley, Howard Florey and Ernst Chain and its development as a drug did not happen until 1940, marking the beginning of the ‘golden age’ of discovery of modern antibiotics. The greater understanding of the potential for natural organisms to produce antibiotic compounds has continued to drive research into microbes from soil and other natural environments. Discovery of many of the existing antibiotic classes was a result of painstaking research and chance observations.

Selman Waksman (1888 – 1973) was a microbiologist whose major interest was microbes in soil. Waksman defined an antibiotic as ‘a compound made by a microbe to destroy other microbes’, observing the action of soil borne organisms against pathogenic bacteria such as those causing typhoid and tuberculosis. Using systematic screening of thousands of soil samples, one of Waksman’s research students, Albert Schatz, discovered streptomycin, a product of an actinomycetes. Subsequent trials conducted by tuberculosis researchers William Feldman (a veterinary pathologist) and Corwin Henshaw (a respiratory physician) showed the efficacy of streptomycin against highly virulent tubercle bacilli inoculated into guinea pigs. Shortly afterwards clinical trials began in humans, leading to significant impacts on the treatment of tuberculosis.

Over 55% of antibiotics discovered between 1945 and 1978 were ‘natural products’ of the Streptomyces genus of soil dwelling actinomycetes. These include Tetracyclines (1948), Chloramphenicol (1949) and Neomycin (1949).

Guiseppe Brotzu (1895 – 1976), an Italian pharmacologist, made a chance observation in 1945 when looking at the beach in Cagliari, where he was director at the Università degli Studi di Cagliari. Despite the presence of raw sewage draining into the bay near swimmers, to his knowledge there were few cases of typhoid fever amongst young people locally. His knowledge of the recent discoveries of penicillin and streptomycin made him wonder if there was some undiscovered antibiotic being produced by bacteria contained in the effluent. 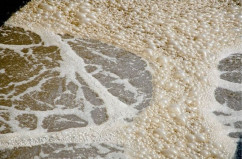 Cultures of samples taken grew a strain of fungus identified as Cephalosporium acremonium, which inhibited the growth of typhoid bacillus. He called the concentrated ‘mould juice’ he produced ‘cephalosporin’, and used this to treat patients with abscesses and typhoid fever. His findings were published in an obscure Italian journal and would have remained hidden except Brotzu sent his paper to a British public health officer he met during World War 2. Through a number of connections, Brotzu was asked to send his findings and a sample of the mould to the team led by Howard Florey.

For three years the fungal cultures were maintained by the laboratory in their sample bank while other research progressed. Growing concerns of AMR led to a belated exploration of the antimicrobial properties of the products of the organism and Cephalosporin C was isolated in 1949. Further development by American pharmaceutical companies has resulted in the development of four generations of cephalosporins.

Further information about antibiotic classes and resistance mechanisms can be found in module 3 and 4 of our VetAMS online learning program.

The figure below, reproduced from a fantastic article titled “Antibiotics: past, present and future” by Hutchings and colleagues (2019) (can be accessed here) shows the timeline of antibiotic discovery as well as the rapid development of AMR. 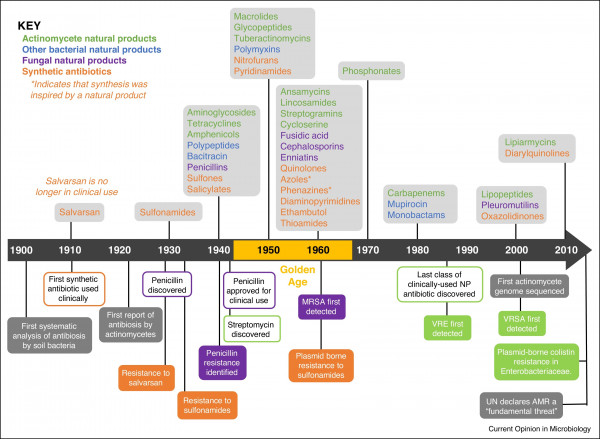