The global burden of AMR

Global estimates to help us look at the big picture 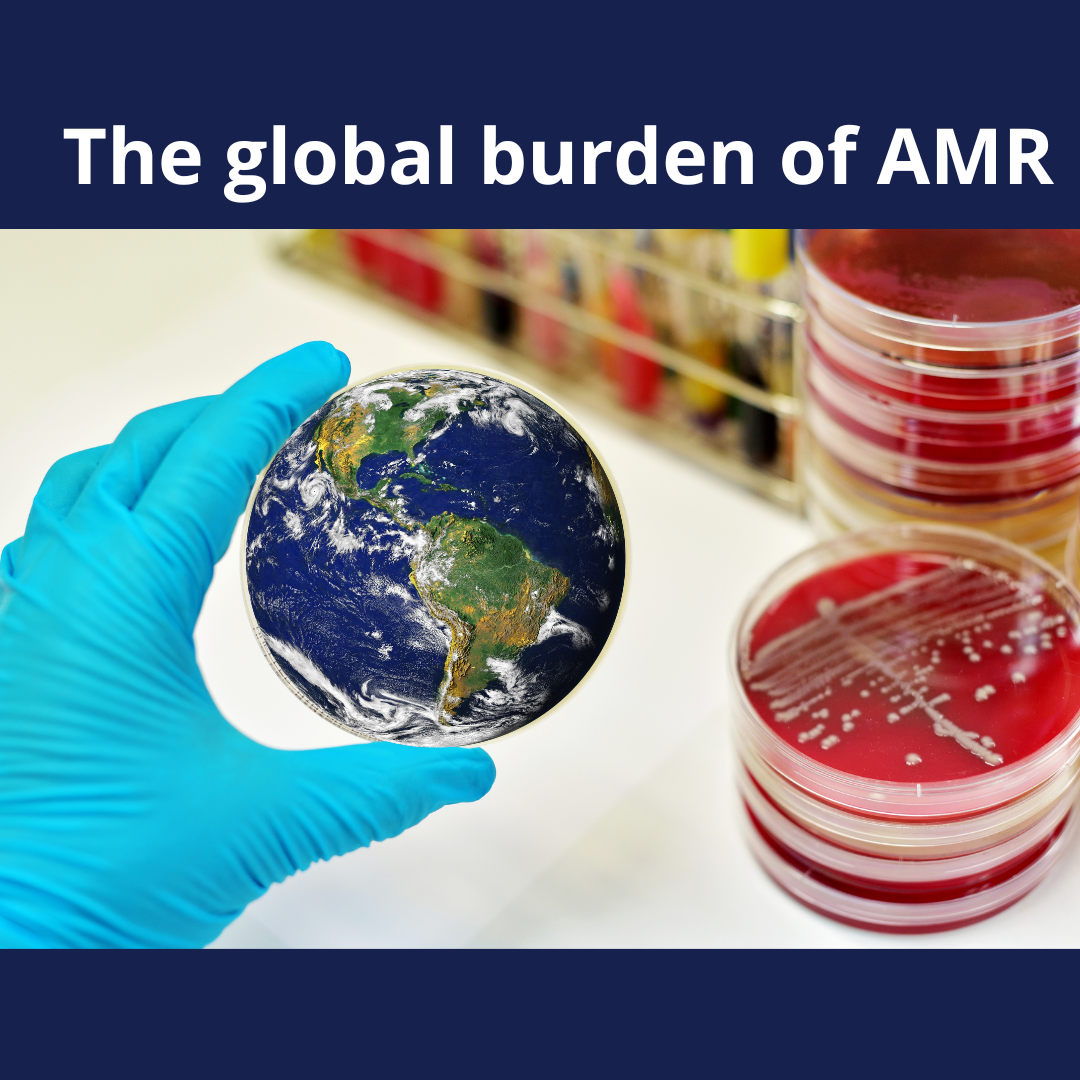 The global burden of AMR

While the world’s attention has been focused on COVID, the impacts of antimicrobial resistance have continued, with attention being diverted in the stress and confusion. It’s been like the global equivalent of a dog with cancer who’s been hit by a car – the acute problem is most likely to cause short term issues or in the worst-case scenario death.  However, it’s the lurking problem which has insidious longer-term consequences.

It is important for us to know the magnitude of the problem of AMR, so that we can understand WHY we are working so hard in our own areas to implement good stewardship and use antimicrobials responsibly.

So, just how much of a global problem is AMR? How can we define it and how do we help our colleagues and clients to understand?

A recently released systematic analysis gives some confronting insights into the global burden of AMR in 2019, based on data from 204 countries and territories. The analysis estimated deaths and disability-adjusted life-years (DALYs) attributable and associated with bacterial AMR.

The estimates reported in the paper focused on 23 pathogens and 88 pathogen-drug combinations and used predictive statistical modelling to produce estimates of AMR burden for all locations.

Some major findings of the analysis were that in 2019:

So, overall, what does this study show?

Well, it clearly shows that AMR is a major issue for global health. The magnitude of the issue varies between geographical regions, but resistance has been shown to be high for multiple classes of essential agents (such as fluoroquinolones and beta-lactams) that are used commonly the world over.

How can we (veterinarians in Australasia) help?

While Australasia returns the best ‘report card’ in this analysis, we need to continue to work hard to keep it that way. All actions taken in response to AMR have the same focus, whether targeted at global health policy or making decisions in veterinary practices. And, while decisions made at a local level might feel like a drop in the ocean, they can actually be very powerful in terms of changing sentiment and contributing to broader change.

Our aim through the AMR Vet Collective is to help you make informed, evidence-based decisions every day. The online Vet AMS program provides a solid grounding implementing a practice-based AMR response.